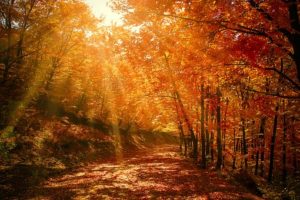 The awakening stage is a radical experience that briefly takes you out of your everyday perception of reality and forces you to see in a new way. It’s a shattering event, an initiation. It’s similar to focusing a pair of binoculars until suddenly everything becomes clear, only you’re not doing the focusing. It happens to you, and when things become cloudy again, you don’t know how to get that focus back. Even though brief, this experience changes you forever. You experience a direct perception of ultimate truth and bliss that whets your appetite for further exploration. After an awakening experience, you long to have a more lasting or permanent experience of this state and are willing to undergo the inevitable discipline and trials the journey brings. An awakening experience also sustains and gives strength to you for the journey ahead.

St. Paul’s conversion experience is an example of an awakening.

Suddenly, while he was traveling to Damascus and just before he reached the city, there came a light from heaven all round him. He fell to the ground and he heard a voice saying, ‘Saul, Saul, why are you persecuting me?’. . .The men traveling with Saul stood there speechless, for though they heard the voice they could see no one. Saul got up from the ground, but even with his eyes wide open he could see nothing at all.  (Acts 9:3ff)

This experience turned Saul’s world upside down. He saw reality in a new way and even changed his name. Instead of persecuting Christians, he now became one of its greatest proponents.

Awakening experiences occur more often than you think. Sociologist Andrew Greely in an article titled, “Are We a Nation of Mystics?” discovered that 20% of Americans had a mystical experience but most never spoke about it[ii]. If you’re one of the 80%, don’t fret.  Remember the awakening stage is not necessary for the journey. You may launch right into the purification process without such an experience.